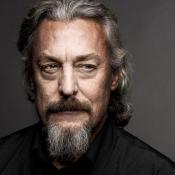 tl;dr? Jump right to the recipe

For reasons lost in the mists of time, I’ve been a Mac guy since 2013 - but I’ve been a command line (CLI) guy since 1990 (or earlier, hard to remember), and still am. A few years ago, I discovered brew, aka homebrew after finding out how out-of-date were so many of the standard UNIX/Linux tools included with Mac OS, e.g., bash.

Generalizing, the hardest part of working with the CLI on a Mac is having the same experience on all the platforms I use, which range from Windows 10 with WSL (some flavour of Ubuntu, cannot remember which), RHEL 7.6, Fedora 32, Mac OS 10.15, and Cygwin - and that problem persists across those other platforms, which is why I created a GitHub project to keep my dot files in snc.

Well. Until the last few days.

Since last week I’ve been using the most excellent Yamale to validate YAML schema I’ve defined for my SELinux Linear Assured Pipeline. I’ve even made some contributions to it - or, at least, am in the process of so doing…

…and that’s where things get weird.

Yamale depends upon Python and pip, the Python package manager, and upon tox, a test automation framework for Python - but standard Mac OS has neither pip nor tox. OK, so brew install pip and brew install tox, right? Well, almost.

This is where things can get a little weird. Yamale’s tox.ini, for example, depends upon two different versions of Python, 3.6 and 3.8.

How does get multiple versions of Python? The short answer is pyenv, a python-independent shell-script based system for managing multiple Python environments. But that’s not the whole story.

This page intends itself as the correct answer - install pyenv and go! - but it is lacking a step, as I discovered - and I discovered that page from this page, which tells us what we might do wrong, then what we should do to get things right - but a bootstrap problem remains….

The first page wants us to run pip install pyenv - but Mac OS lacks pip. The second page has a few brew-based recipes, but suggests that brew is the wrong way to go, overall, and that we really want pyenv. This third page tries to put things succinctly, but if you’re running tox, there is YAS (Yet Another Step): By default, tox works only with your default Python environment, whether that is standard or something installed via brew.

To get tox to work with multiple Pythons out of the box, you need tox-pyenv - but that page mentions a lot of irrelevant Circle CI stuff.

At any rate, none of those pages provide the complete answer. You know that you need

So what is one to do? Install pyenv and use it to install pip and tox and tox-pyenv several times over? That seems so….

I don’t know that what follows is a universally-accepted approach, but it is the shortest and cleanest path to where I needed to go (as verified by running make clean; make in my yamale top-level folder and having all tox tests work out-of-the-box with both Python 3.6 and 3.8, no modifications to yamale files required…).

Once you’ve done that, figure out what versions of Python your particular tox.ini specifies; for yamale, these are 3.6 and 3.8 which I’ve mentioned a few times already…. Assuming these are what you need, the rest of your recipe is as follows:

In my case, the latter command shows

pyenv which shows me what I expected:

Now. Run make clean; make and all should be well.

It was for me, at least.